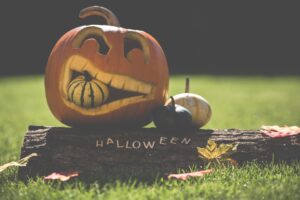 As we approach the Halloween season, many churches and missions across various parts of the world face this one huge question: “Should Christians celebrate Halloween?” Some choose to completely disregard Halloween as a special day. Other churches and missions choose to host a “Halloween alternative” event. A few people don’t think that it is an issue at all since American Halloween means practically nothing more than dressing up and getting free candy. But what does God really ask of us in this area?

The Origins of Halloween

In American culture, many people see Halloween as a night celebrating evil, but this has not always been the traditional stance of the Christian church. In fact, the early church observed a special day to commemorate the dead as early as the fourth century AD. By the end of the Middle Ages (around 1400 AD), All Souls’ Day was one of the six days of obligation in the Roman Catholic church.[1] Pope Gregory III established November 1st as the official date of All Souls’ Day sometime around 730 AD.[2] This coincides with the historic Celtic holiday of Samhain (pronounced ‘sah-win). Although there is no direct evidence for this, historical patterns of the Roman Catholic church suggest that November 1st was likely chosen specifically to coincide with Samhain. Since traditional pagan holidays and Christianity don’t mix, it was easy to re-brand the holiday as “Christian” to make it easier for cultures to integrate into the church.

Samhain is a very old holiday that originated in the British Isles, and is still celebrated as a religious holiday by several groups including Celtic neopagans and Wiccans.[3] Samhain was historically celebrated with rituals including burning effigies (giant wicker statues), practicing divination, seances, and live sacrifices. There is some evidence that suggests human sacrifice was once a part of this celebration, but there are no known writings that explicitly state this. The ancient Celts believed that this was a night where spirits could rise from the underworld and walk the earth in tangible form.[4] It was common on those nights for people to don masks and other disguises, hoping to frighten away any evil spirits that had come back to do them harm. This practice (along with a few others[1]) has transformed over the years into the American tradition of “trick-or-treating”. There is a great documentary describing this by Doc Marquis, a former Druid, if you would like to hear more about the ancient practices of Samhain.[5]

Over the years, this holiday has taken several other forms across the world such as the Mexican holiday dia de los muertos (“day of the dead”), a holiday dedicated to honoring and praying for deceased relatives and saints. This originated as an Aztec holiday that was incorporated into the traditions of the Mexican Roman Catholic church some time after the Spanish conquered Central America.[6] Today, dia de los muertos is a national Mexican holiday and follows the more traditional Roman Catholic practices of honoring deceased relatives with prayers and offerings of food.

Contemporary American Halloween has been heavily influenced by Irish culture in the early United States, with celebrations and activities that are closer to the historic practices of Samhain than the more traditional celebrations of the Roman Catholic church.[7] Today’s American traditions include trick-or-treating, dressing up in costumes, bobbing for apples, carving jack-o-lanterns, and divination, to name a few. For more information on the origins of many of America’s popular Halloween traditions, there is a documentary that goes into great detail about this.[5]

The Argument for Christians to Celebrate Halloween

Some Christians today believe that it is not wrong to celebrate Halloween because it has become such a commercialized holiday and activities like trick-or-treating or carving jack-o-lanterns are not morally wrong. But is it really OK for Christians to involve themselves in non-Christian acts as long as their heart is not in them? Is God honored when Christians use pagan religious symbols like Buddhist statues as decoration in their homes? Certainly not! Christians should approach Halloween with this same attitude and not allow pagan celebrations to enter their homes and lives. Consider the following verses:

Deuteronomy 18:9-14 – “When you come into the land that the Lord your God is giving you, you shall not learn to follow the abominable practices of those nations. There shall not be found among you anyone who burns his son or his daughter as an offering, anyone who practices divination or tells fortunes or interprets omens, or a sorcerer or a charmer or a medium or a necromancer or one who inquires of the dead, for whoever does these things is an abomination to the Lord. And because of these abominations the Lord your God is driving them out from before you. You shall be blameless before the Lord your God, for these nations, which you are about to dispossess, listen to fortune-tellers and to diviners. But as for you, the Lord your God has not allowed you to do this.”

2 Corinthians 6:14-17 – “…For what partnership has righteousness with lawlessness? Or what fellowship has light with darkness? What accord has Christ with Belial? Or what portion does a believer share with an unbeliever? What agreement has the temple of God with idols? For we are the temple of the living God… Therefore go out from their midst, and be separate from them, says the Lord…”

Many Christians across the United States (and world) try to discourage people from celebrating Halloween by offering alternative “fall parties” to draw people away from trick-or-treating and other Halloween practices. But is this not just re-branding Halloween? If we do this, are we not still honoring the day as special? We must be very cautious when approaching this idea, and make sure that we are not just celebrating the day in a “Christian” way. Even Jesus drove the merchants out of the temple, and did not condone the unholy use of God’s house even though the intent was to provide animals for God’s mandated sacrifices (John 2:13-16).

We must be careful to avoid is incorporating non-Christian holidays and celebrations into the Christian church. The Roman Catholic church (and many other Christian organizations) has done this many times throughout the years, often under the guise of “bringing Jesus to the people”. Although there is no formal proof that this has occurred, there is strong evidence to suggest that most extra-biblical traditions of the Catholic church are pagan practices that have been “Christianized” by the Catholic church over the years.[5] Yes, Jesus does meet us where we are at in our sin; and yes, He died for us while we were still in sin (Romans 5:8). But Jesus did not come to this earth so that he could come down to our level of sinfulness and enjoy the sin with us. Rather, He came down to show us a Better Way to live. We are not called to bring Christ to the world, but rather to bring the world to Christ.

Scripture quotations are from the ESV® Bible (The Holy Bible, English Standard Version®), copyright © 2001 by Crossway, a publishing ministry of Good News Publishers. Used by permission. All rights reserved.

Welcome to my blog! I hope you find these posts inspiring. Feel free to comment any thoughts you may have. I value any and all feedback. Enjoy!